An in-vitro in-vivo correlation is abbreviated as IVIVC.

An in-vitro in-vivo correlation has been defined as “a predictive mathematical model describing the relationship between an in-vitro property of a dosage form and an in-vivo response”.

IVIVC can be used in the development of new pharmaceuticals to reduce the number of human studies during the formulation development as the main objective of an IVIVC is to serve as a surrogate for in vivo bioavailability and to support biowaivers.

In vitro-in vivo correlation (IVIVC) models are developed to explore the relationships between in vitro dissolution/release and in vivo absorption profiles. This model relationship facilitates the rational development and evaluation of immediate/extended-release dosage forms as a tool for formulation screening, in setting dissolution specifications and as a surrogate for bioequivalence testing.

The significance of the article was to discuss the impact of IVIVC which helps to reduce the number of human studies during the formulation development, to serve as a surrogate for in vivo bioavailability, to support biowaivers, to validates the use of dissolution methods and specification settings, to assist quality control for certain scale-up and post-approval changes (SUPAC).

Solubility: A drug substance is considered highly soluble when the highest dose strength is soluble in 250 mL or less of water over a pH range of 1–7.5 at 37°C.

Permeability: A drug substance is considered highly permeable when the extent of absorption in humans is greater than 90% of an administered dose, based on mass-balance or compared with an intravenous reference dose.

Dissolution: A drug product is considered rapidly dissolving when 85 per cent or more of the labelled amount of drug substance dissolves within 30 minutes using USP apparatus 1 or 2 in a volume of 900 mL or less of buffer solutions.

Class I
The drugs of this class exhibit high absorption number and high dissolution number. The rate-limiting step is drug dissolution, and if dissolution is very rapid, then the gastric-emptying rate becomes the rate-determining step. Class I drugs are well absorbed, and their absorption rate is usually higher than the excretion rate e.g. Metoprolol, Stavudine, Propranolol, etc.

Class II
The drugs of this class have a high absorption number but a low dissolution number. In vivo drug dissolution is then a rate-limiting step for absorption except at a very high dose number. The absorption for Class II drugs is usually slower than for Class I. The bioavailability of these products is limited by their solvation rates e.g. Glibenclamide, Phenytoin, Danazol, Mefenamic acid, Nifedinpine, Ketoprofen, Naproxen, Carbamezapine, Ketoconazole, etc.

Class III
Drug permeability is the rate-limiting step for drug absorption, but the drug is solvated very quickly. These drugs exhibit a high variation in the rate and extent of drug absorption. Since the dissolution is rapid, the variation is attributable to alteration of physiology and membrane permeability rather than the dosage form factors e.g. Cimetidine, Ranitidine, Acyclovir, Atenolol, Captopril etc.

Class IV
The drugs of this class are problematic for effective oral administration. These compounds have poor bioavailability. They are usually not well absorbed through the intestinal mucosa, and a high variability is expected e.g. Hydrochlorothiazide, Furosemide etc.

In vitro-in vivo correlation is normally expected for highly permeable drugs or drugs under dissolution rate-limiting conditions. In addition, drug should have relatively short half-life suggests suitable candidate for an extended release formulation. 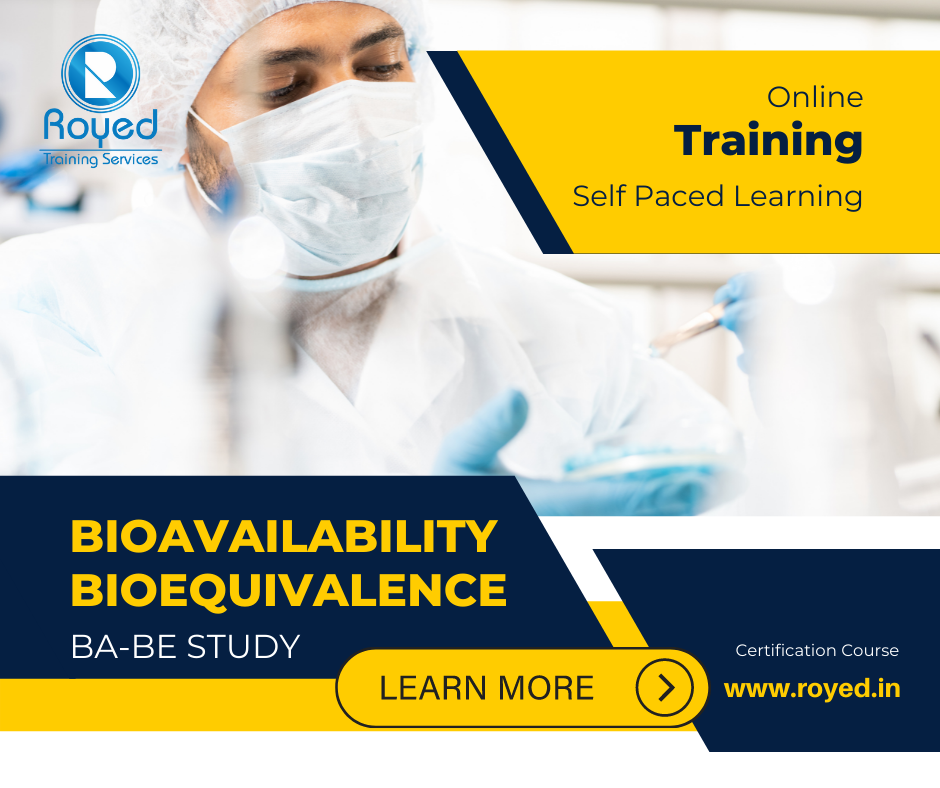 Invitro study
Dissolution tests are employed to establish drug (active pharmaceutical ingredient) release characteristics of solid oral products, such as tablets and capsules. Dissolution will be performed for the manufactured tablets as per the compendial method.

The basket or paddle rotational speed will be kept at 50, 75 or 100 rpm and the bath temperature maintained at 37°C. Dissolution will be carried out in 900 ml of media (at different buffer pH water, pH1.2, 4.5, 5.5, 6.8 & 7.4). Samples will be withdrawn at predetermined time intervals and analysed using HPLC with UV detection at a predetermined wavelength or UV. Dissolution tests will performed on six tablets and the amount of drug released will be analysed by or UV or HPLC.

Invivo study
Bioavailability studies are normally performed in healthy male adult volunteers under some restrictive conditions such as fasting, non-smoking. The drug is usually given in a crossover fashion with a washout period of at least five half-lives.

An open-label, non-randomized and cross over study will be conducted in healthy volunteers to evaluate the pharmacokinetics and bioavailability of extended and immediate release formulations.

After carrying out an in vivo and in vitro data analysis, IVIVC will be performed for developed modified release formulations will be developed and validated by internal and external predictability approach. IVIVC will be concluded based on the acceptance criteria i.e. =15% for absolute prediction error (% P.E.) of each formulation and = 10% for mean absolute prediction error (% P.E.)