Keep updating your pharma knowledge
Brexit is an abbreviation of “British exit”, which refers to the June 23, 2016 referendum by British voters to exit the European Union. The referendum roiled global markets, including currencies, causing the British pound to fall to its lowest level in decades. 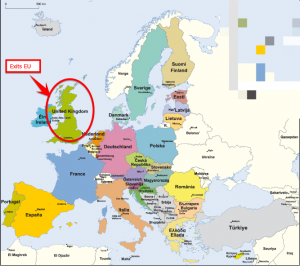 The European Union (EU) comprises 28 member states. Each member state is party to the founding treaties of the union and thereby subject to the privileges and obligations of membership.
The EU countries are: Austria, Belgium, Bulgaria, Croatia, Republic of Cyprus, Czech Republic, Denmark, Estonia, Finland, France, Germany, Greece, Hungary, Ireland, Italy, Latvia, Lithuania, Luxembourg, Malta, Netherlands, Poland, Portugal, Romania, Slovakia, Slovenia, Spain, Sweden and the UK.
Brexit could also change the United Kingdom in a more fundamental way. It’s called the “United” Kingdom because it’s made up of four “countries” — England, Wales, Scotland, and Northern Ireland. But with Britain now on its way out of the EU, there’s a danger it won’t stay united for very long.

The European Medicines Agency, the drug regulator for Europe, is headquartered in London. So, it is also certain that EMA need to relocate their HQ. But there are possibility that UK will be part of EMA for time being. Indeed it is unclear as of now.
UK exits EMA, in that case  single European marketing authorization will not work for approval and launching of the drug for UK market.
It is also presumed that medicine registration budget for companies going to increase as there will be separate registration for UK alone (if UK exits EMA). This will be clear once EMA meeting happens with British drug regulator.
Even intellectual property protection will be costlier.  Trademark owners (Companies) which used to file EU trademark approval, now need to submit separate to a U.K. trademark, which will come at additional cost.