The US Food and Drug Administration (FDA) has approved Novartis’ Entresto (sacubitril/valsartan) tablets, previously known as LCZ696, for the treatment of heart failure with reduced ejection fraction.

Entresto will be available on prescription for patients whose condition is classified NYHA class II-IV, indicated to reduce the risk of cardiovascular death and heart failure hospitalisation. It is usually administered in conjunction with other heart failure therapies, in place of an ACE inhibitor or other angiotensin receptor blocker. 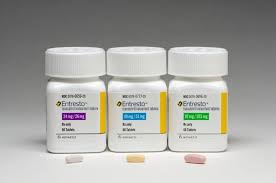 The FDA’s decision is based on results from the 8,442-patient PARADIGM-HF study which was stopped early when it was shown Entresto significantly reduced the risk of cardiovascular death versus ACE-inhibitor enalapril. At the end of the study, patients with reduced ejection fraction who were given Entresto were more likely to be alive and less likely to have been hospitalized for heart failure than those given enalapril. Analysis of safety data showed that Entresto had a similar tolerability profile to enalapril.

“The very meaningful survival advantage of Entresto seen in the PARADIGM-HF trial should persuade physicians to consider Entresto for all appropriate patients, in place of traditional ACE inhibitors or angiotensin receptor blockers,” said Dr. Milton Packer, Professor and Chair for the Department of Clinical Sciences at University of Texas Southwestern Medical Center, Texas, USA. “Entresto is expected to change the management of patients with HFrEF for years to come.”

Nearly 6 million people in the US suffer from heart failure and about half have the reduced ejection fraction form. About 2.2 million of these patients have heart failure classified as NYHA II-IV, based on how much their symptoms limit their physical activity. Heart failure is a debilitating, life-threatening condition in which the heart cannot pump enough blood around the body. Patients face a high risk of death, repeated hospitalizations and symptoms such as breathlessness, fatigue and fluid retention significantly impact quality of life.

About Entresto
Entresto is a first in class medicine (an ARNI, Angiotensin Receptor Neprilysin Inhibitor) that reduces the strain on the failing heart. A twice-a-day tablet, it acts to enhance the protective neurohormonal systems of the heart (NP system) while simultaneously suppressing the harmful system (the RAAS).

Fewer patients on Entresto discontinued study medication for any adverse event compared to those on enalapril. The Entresto group had more hypotension and non-serious angioedema but less renal impairment, hyperkalemia and cough than the enalapril group.