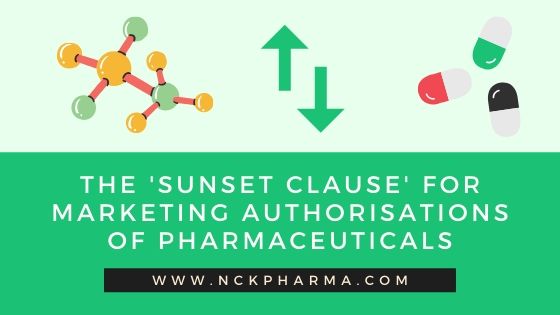 Under the ‘sunset clause’ of Article 24(4) to (6) of Directive 2001/83/EC, any marketing authorisation (MA) granted under the national, mutual recognition or decentralised procedure for a medicinal product, which has not been marketed for three years, will cease to be valid. This also applies if the product was initially marketed, upon the MA being granted, but later ceased to be on the market. To be considered as being ‘on the market’, the product should be within the distribution chain, which means it should have left the control of the MA holder’s company.

The sunset clause provisions came into force on 20 November 2005. The three year period for any product not on the market, which was granted an MA prior to this date, would begin to run on 20 November 2005. More generally, the period is effective from when the MA holder enters the last batch of product into the supply chain. If, on the other hand, the product did not enter the market at all, the date at which the MA was granted will be taken as the starting date of the three year period. In respect of generic products, the three year period starts on the later of:

Importantly, the MA will continue to be valid so long as there is at least one product presentation on the market in at least one Member State of the Community. This also extends to Iceland, Norway and Liechtenstein.