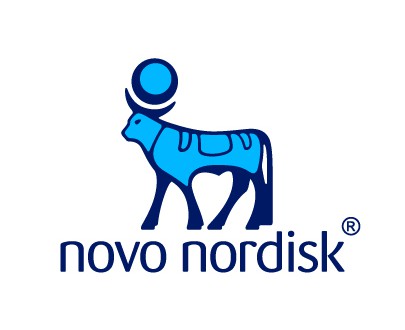 Today, Novo Nordisk announced Switzerland as the first country to launch Xultophy® (IDegLira) for people with type 2 diabetes.  Xultophy® is the first combination of a basal insulin [Tresiba® (insulin degludec)] and a GLP-1 analogue [Victoza® (liraglutide)]. Xultophy® is administered as a once-daily single injection independently of meals.  It is intended for use in adults with type 2 diabetes that are inadequately controlled with oral glucose-lowering treatments when these are used alone or together with basal insulin.* 1,2

“More than half of people with type 2 diabetes on basal insulin do not achieve glycaemic control and have an increased risk of developing complications,” said Mads Krogsgaard Thomsen, executive vice president and chief science officer of Novo Nordisk. “The benefits that Xultophy® has shown and the convenience it provides may help motivate people with type 2 diabetes to better adhere to therapy and proactively manage their disease.”

Type 2 diabetes is a progressive disease, which often requires people to initiate and then intensify insulin treatment to achieve or maintain their glycaemic targets over time.4

“Even though insulin is a very effective treatment, people who live with type 2 diabetes may be reluctant to intensify their regimen because they prefer fewer injections or fear the potential side effects of weight gain and hypoglycaemia,” said Professor Roger Lehmann, University Hospital Zurich, Switzerland. “The clinical programme for Xultophy® has shown consistent results in improving glycaemic control in patients uncontrolled on basal insulin and in patients who are not treated with insulin, providing hope for many people with uncontrolled type 2 diabetes and the physicians who treat them.”

Novo Nordisk expects to make Xultophy® available in other countries throughout Europe in 2015.

Xultophy® is a once-daily, single-injection combination product, consisting of Tresiba® (insulin degludec), a once-daily basal insulin analogue with an ultra-long duration of action, and Victoza® (liraglutide), a once-daily human GLP-1 analogue. The maximum dose of Xultophy® is 50 dose steps (equivalent to 50 units of insulin degludec and 1.8 mg of liraglutide).  Xultophy® can be administered independently of meals and has shown consistent results in improving glycaemic control in both insulin-naïve people as well as people with type 2 diabetes who are uncontrolled on basal insulin. For people uncontrolled on basal insulin therapy, Xultophy® has demonstrated a significant reduction in HbA1c of 1.9%, with a mean weight loss of 2.7 kg and a low rate of hypoglycaemia comparable to that of insulin degludec.3 Xultophy® is being investigated in the clinical trial programme, DUAL(TM).

Xultophy® was approved in Switzerland on 12 September 20142, and granted marketing authorisation by the European Commission for all 28 European Union member states on 18 September 2014.1

About the DUAL(TM) clinical programme

DUAL(TM) I (1,663 people) – a 26-week, randomised, parallel, three-arm, open-label, multicentre trial conducted at 271 sites across 19 countries. The trial compared the efficacy and safety of Xultophy® versus insulin degludec and liraglutide alone, in insulin-naive adults with type 2 diabetes uncontrolled with metformin with or without pioglitazone. A 26-week extension phase of the main trial was conducted to generate longer-term safety and efficacy data. The top-line results for DUAL(TM) I were reported in 2012.

DUAL(TM) II (398 people) – a 26-week, randomised, parallel, two-arm, double-blinded, multicentre trial conducted at 75 sites across 7 countries. The trial compared the efficacy and safety of Xultophy® and insulin degludec once daily, both added on to metformin in adults with type 2 diabetes uncontrolled on basal insulin (20-40 units) in combination with metformin with or without sulfonylureas/glinides. Sulfonylureas and glinides were discontinued at randomisation. In this trial, the allowed maximum dose of insulin degludec in the treatment arms was 50 units so that the contribution of the liraglutide component of Xultophy® on glycaemic control could be demonstrated. The top-line results for DUAL(TM) II were reported in 2012.