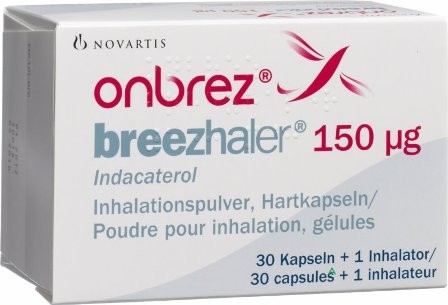 Swiss drugmaker Novartis AG said on Wednesday it had sued India’s Cipla Ltd for infringing patents covering its respiratory drug Onbrez, a month after Cipla launched a copy at a fifth of the original drug’s price. Cipla, India’s fourth-largest drugmaker by revenue, launched its copy of Onbrez in New Delhi in October, citing urgent unmet need for the drug in India.

Let us understand the case in point by point –

What is the drug molecule? Who is holding innovator right?

Indacaterol (INN) is an ultra-long-acting beta-adrenoceptor agonist developed by Novartis. It was approved by the European Medicines Agency (EMA) under the trade name Onbrez on November 30, 2009, and by the United States Food and Drug Administration (FDA), under the trade name Arcapta Neohaler, on July 1, 2011. It needs to be taken only once a day, unlike the related drugs formoterol and salmeterol. It is licensed only for the treatment of chronic obstructive pulmonary disease (COPD) (long-term data in patients with asthma are thus far lacking). It is delivered as an aerosol formulation through a dry powder inhaler.

In India, Novartis import and sale.

Cipla has asked the DIPP (The Department of Industrial Policy and Promotion) to revoke five patents of Novartis relating to the product citing need for public health access and stated the patent holder Novartis does not manufacture the drug in India.

Cipla already having the generic copy of the same which is available at 1/5th of the price of the innovator molecule.

Cipla, India’s fourth-largest drugmaker by revenue, launched its copy of Onbrez in New Delhi in October, citing urgent unmet need for the drug in India.

Unmet need – 1. High price – unaffordable by Indian population. 2. Product is not sufficiently available to cater demand. Therefore Orbrez are not freely available. 3. Novartis importing the drug instead of start manufacturing the drug in India.

Under Section 66 of IPA, the Centre can revoke a patent in “public interest” if it is of the opinion that a patent or the mode in which it is exercised is “mischievous to the State” or generally prejudicial to the public.

However, as per the Act, the department is bound to give an opportunity to Novartis to be heard before taking any decision on the matter.

Since the procedure undertaken by the DIPP is quasi-judicial in nature, the case could take substantial time to reach a final decision.