Novo Nordisk A/S got approval of a new, heart-focused indication for its Victoza – diabetes medicine.

This will help Novo Nordisk to differentiate the brand Victoza in highly competitive therapeutic segment.

The Food and Drug Administration approved Victoza as a treatment for lowering the risk of three major adverse cardiovascular (CV) events among adults with type 2 diabetes and established CV disease.

Brand Distinction: Victoza is now the only type 2 diabetes drug to hold such an indication.*
* As claimed by the company. 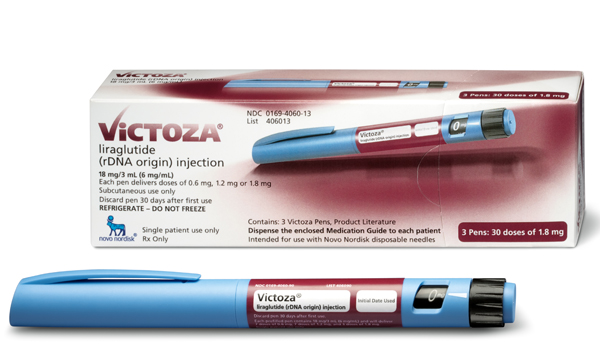 Market Competition: Novo Nordisk – Victoza in recent time lost of market share to newer and longer-acting medications, such as Eli Lilly & Co.’s Trulicity. This indication approval will help Victoza (liraglutide) to strengthen it’s position in the GLP-1 market and will also widen the diabetes segment acceptance. Victoza was having 70% new prescription on GLP-1 market, but falls to 45% due to competition.

Business Contribution:
Victoza is a core molecule of Novo Nordisk and almost contribute about 25% of the company’s total diabetes care revenues. Victoza sales shot up 21% to DKK 11.5 billion ($1.7 billion) in the first half of 2017 compared to the same period the year prior.

Victoza’s new indication is based on data from the late-stage LEADER trial that enrolled more than 9,300 type 2 diabetes who were at high risk of major adverse CV events. Patients receiving Novo’s drug had an average 13% reduction in their risk of a three-component endpoint that included heart attack, stroke and CV death compared to placebo.

Future Growth or Focus area for the brand: