The approval means ketamine—an anesthetic abused as a party drug but promoted by some doctors without FDA approval as a necessary treatment for the most severely depressed patients—has spawned the first materially new depression treatment in decades. 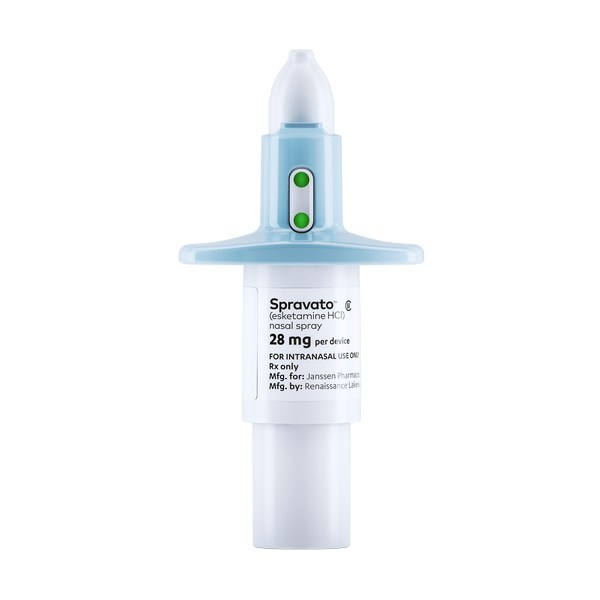 SPRAVATO™ uses the first new mechanism of action in decades to treat MDD. SPRAVATO™ works on the N-methyl-D-aspartate (NMDA) receptor, an ionotropic glutamate receptor in the brain. The medicine is administered as a nasal spray that is absorbed by the lining of the nasal passages and into the blood stream.

Once SPRAVATO™ is determined as an appropriate treatment option, in accordance with the REMS, the patient will be treated at a certified treatment center that is trained to administer the medicine and address patient needs. SPRAVATO™ will not be dispensed directly to patients for home use. Instead, SPRAVATO™ will be self-administered by the patient under the direct observation of a healthcare provider. The healthcare provider will then observe the patient for treatment-emergent sedation, dissociation and blood pressure changes for at least two hours, until the patient is safe to leave. Patients should not drive or operate heavy machinery until the next day, following a restful sleep. All patients will be enrolled in the SPRAVATO™ REMS registry to further characterize the risks of serious adverse outcomes from sedation, dissociation, abuse and misuse, and to support safe use of this medicine.