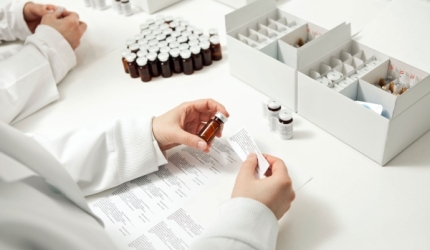 In a big relief to drug companies, the Narendra Modi government has thwarted a controversial move by a regulator to extend price controls to larger segments of the Indian pharmaceutical market by citing “public interest” and prevalence of “extraordinary circumstances”. Following an order by the department of pharmaceuticals in the ministry of chemicals and fertilisers, the National Pharmaceutical Pricing Authority (NPPA) late on Monday withdrew with immediate effect a May 29 guideline that virtually expanded the regulator’s remit through an interpretation of a provision in the Drugs Price Control Order (DPCO), 2013.

he National Pharmaceutical Pricing Authority (NPPA) has withdrawn its disputed order for price control of 108 non-scheduled formulations. The order was to cap prices of a list of 108 cardiovascular and diabetes drugs, not part of NLEM (National List of Essential Medicines), and had created uproar from the industry leading to lawsuits contesting the order. Now with the withdrawal notification, the July 2014 order ceases to be valid.

The July 10 order had expanded the span of price controls to an additional 7% of the R75,000-crore retail pharma market. Since a new DPCO was promulgated last year, NPPA capped prices of 348 “essential drugs” defined in terms of specified strengths, with a share of about 20% of the market.

Coincidentally or otherwise, the government’s move came just days ahead of Prime Minister Narendra Modi’s US visit starting this weekend. US-based large transnational drug companies under the banner of Pharmaceutical Research and Manufacturers of America (PhRMA) and in their individual capacities have been critical of drug price regulation in India and have pitched consistently for a more robust regime in India when it comes to protecting intellectual property rights (IPRs). The PhRMA includes Pfizer, Merck, Sanofi, Novartis, Eli Lilly, etc, who talked about investing more in India if their demands were met.

The industry had earlier moved courts against the NPPA’s July order, saying it was issued without consulting them. While the OPPI, body that comprises mostly foreign MNCs moved the Delhi High Court, IPA, a grouping of some large homegrown companies, approached the Mumbai High Court against NPPA’s decision. Paragraph 19 allowing NPPA to bring drugs outside National List of Essential Medicines (NLEM) is meant to let NPPA bring price controls on relevant drugs in the event of outbreak of an epidemic and that too, for a specified period, pointed out DG Shah, secretary-general, IPA. He added that the revocation of the May guidelines on this provision created a “piquant situation” as the July order as per these guidelines imposing price caps hasn’t been withdrawn by NPPA so far. “We hope the NPPA would gracefully withdraw the price ceiling notification and take industry into confidence,” said Shah.