Daiichi Sankyo Submits SAVAYSA(TM) (edoxaban) Tablets New Drug Application to the U.S. FDA for Once-Daily Use for Stroke Risk Reduction in Atrial Fibrillation and for the Treatment and Prevention of Recurrence of Venous Thromboembolism 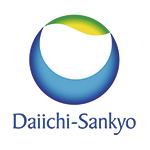 Daiichi Sankyo Company, Limited (hereafter, Daiichi Sankyo) today announced that the New Drug Application (NDA) for its investigational, oral, once-daily direct factor Xa-inhibitor SAVAYSATM (edoxaban) Tablets has been submitted to the U.S. Food and Drug Administration (FDA). In the U.S., Daiichi Sankyo is seeking approval for edoxaban for the reduction in risk of stroke and systemic embolic events (SEE) in patients with non-valvular atrial fibrillation (NVAF), as well as for the treatment of deep vein thrombosis (DVT) or pulmonary embolism (PE) and for the prevention of recurrence of symptomatic venous thromboembolism (VTE). SAVAYSA is the proposed brand name for edoxaban if approved for marketing in the U.S.

The NDA submission is based on data from an extensive global clinical trial program that compared treatment with once-daily edoxaban to warfarin, a current standard of care for patients with atrial fibrillation (AF) or VTE. The two clinical trials that formed the basis of the submission, ENGAGE AF-TIMI 48 and Hokusai-VTE, are the largest comparative trials of a novel oral anticoagulant in these patient populations, involving 21,105 and 8,292 patients, respectively.1,2

“The NDA submission in the U.S. is an important milestone in the development of edoxaban and reflects our long-standing commitment to addressing the needs of patients living with cardiovascular diseases, including those living with AF or VTE,” said Glenn Gormley, MD, PhD, Senior Executive Officer and Global Head of Research and Development, Daiichi Sankyo Co., Ltd. and President and CEO of Daiichi Sankyo, Inc. in the United States. “If approved, edoxaban may provide a new treatment option for physicians and their patients with these diseases. We look forward to working with the FDA as it conducts its review of edoxaban.”

Edoxaban is an investigational, oral, once-daily anticoagulant that specifically inhibits factor Xa, which is an important factor in the coagulation system that leads to blood clotting.3 The global edoxaban clinical trial program includes two phase 3 clinical studies, Hokusai-VTE and ENGAGE AF-TIMI 48 (Effective aNticoaGulation with Factor XA Next GEneration in Atrial Fibrillation). The results from these trials form the basis of the NDA for edoxaban for the prevention of stroke and SEE in patients with NVAF, as well as for the treatment of DVT or PE and for prevention of recurrence of symptomatic VTE.

Edoxaban is currently approved only in Japan, since April 2011, for the prevention of VTE after major orthopaedic surgery, and was launched in July 2011 under the brand name LIXIANA®. Elsewhere, including Europe and the U.S., edoxaban is currently in phase 3 clinical development and has not been approved in any indication.4

Daiichi Sankyo Group is dedicated to the creation and supply of innovative pharmaceutical products to address the diversified, unmet medical needs of patients in both mature and emerging markets. While maintaining its portfolio of marketed pharmaceuticals for hypertension, hyperlipidemia, and bacterial infections, the Group is engaged in the development of treatments for thrombotic disorders and focused on the discovery of novel oncology and cardiovascular-metabolic therapies. Furthermore, the Daiichi Sankyo Group has created a “Hybrid Business Model,” which will respond to market and customer diversity and optimize growth opportunities across the value chain.