India’s drug regulator has ordered the withdrawal of the popular diclofenac painkiller injection marketed by Novartis India Ltd and made by Themis Medicare Ltd, following safety concerns raised by a a health ministry panel.

The drug controller general of India (DCGI) on 4 July directed the state drug controller in Dehradun, Uttarakhand, and the drug licensing authority of Daman and Diu to cancel the manufacturing licence granted to Themis Medicare for diclofenac sodium injection 75 mg/ml using Transcutol-P.

The order comes as a victory for Gujarat-based Troikaa Pharmaceuticals Ltd, a rival pain management injection manufacturer, which had waged a two-year battle. Troikaa had alleged that diclofenac sodium 75mg/ml injection contains Transcutol-P, which causes kidney damage. Diclofenac injection is marketed by Novartis under the brand name Voveran 1ml, and Themis’s brand Aquadol had competed with Troikaa’s injection to manage pain, Dynapar AQ. 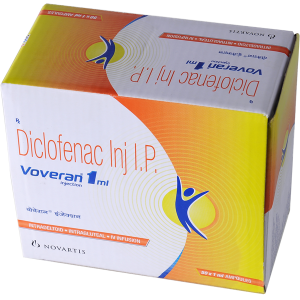