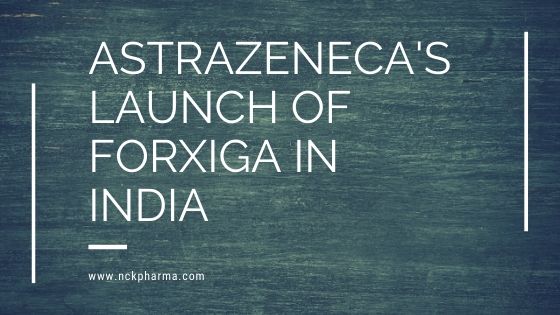 Dapagliflozin inhibits subtype 2 of the sodium-glucose transport proteins (SGLT2) which are responsible for at least 90% of the glucose reabsorption in the kidney. Blocking this transporter mechanism causes blood glucose to be eliminated through the urine. In clinical trials, dapagliflozin lowered HbA1c by 0.6 versus placebo percentage points when added to metformin.

It was developed by Bristol-Myers Squibb in partnership with AstraZeneca. 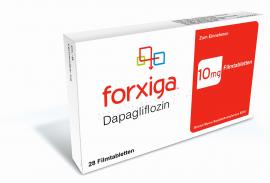 Forxiga is currently approved in more than 40 countries.

In July 2011 a US Food and Drug Administration (FDA) committee recommended against approval until more data were available.

The FDA approved dapagliflozin on January 8, 2014 for glycemic control, along with diet and exercise, in adults with type 2 diabetes.

In April 2012, the Committee for Medicinal Products for Human Use (CHMP) of the European Medicines Agency issued a positive opinion on the drug. It is now marketed in a number of European countries.

In India, it has been approved by the Drugs Controller General of India on 25th February, 2015 supported by a broad clinical development programme comprising 11,801 patients in various clinical studies evaluating the safety and efficacy of Forxiga.